The Choir is under the direction of Mr. Dimitrios Fousteris.

Those who are interested in becoming members of the Choir and are willing to attend rehearsals on Thursday Nights at 7:00pm, please contact the Office.

The History of Byzantine Orthodox Music

Byzantine chat manuscripts date from the ninth century, while lectionaries of biblical readings in Ekphonetic Notation (a primitive graphic system designed to indicate the manner of reciting lessons from Scripture) begin about a century earlier and continue in use until the twelfth or thirteenth century. Our knowledge of the older period is derived from Church service books TYPIKA, patristic writings and medieval histories. The common term for a short hymn of one stanza, or one of a series of stanzas, is Troparion (this may carry the further connotation of a hymn interpolated between psalm verses). A famous example, whose existence is attested as early as the fourth century, is the Vesper hymn, Phos Hilarion, "Gladsome Light"; another, O Monogenes Yios, "Only Begotten Son," ascribed to Justinian I (527-565), figures in the introductory portion of the Divine Liturgy. Perhaps the earliest set of Troparia of known authorship are those of the monk Auxentios (first half of the 5th century) attested in his biography.

Two concepts must be understood if we are to appreciate in full the function of music in Byzantine worship. The first, which retained currency in Greece theological and mystical speculation until the dissolution of the empire, was the belief in the angelic transmission of sacred chant: the assumption that the early church united men in the prayer of the angelic choirs. This notion is certainly older than the Apocalypse account (Revelation 4:8-11), for the musical function of angels as conceived in the Old Testament is brought out clearly by Isaiah (6:14) and Ezekiel (3:12). Most significant is the fact, outlined in Exodus 25, that the pattern for the earthly worship of Israel was derived from heaven. The allusion is perpetuated in the writing of the early Fathers, such as Clement of Rome, Justin, Ignatius of Antioch, Athenagoras of Athens and Pseudo-Dionsios the Areopagite.

The effect that his concept had on church music was threefold: first, it bred a highly conservative attitude to musical composition; secondly it stabilized the melodic tradition of certain hymns; and thirdly, it continued, for a time, the anonymity of the composer. For is a chant is of heavenly origin, then the acknowledgement received by man in transmitting it to posterity ought to be minimal.

It seems evident that the chants of Byzantine repertory found in musical manuscripts from the tenth century to the time of Fourth Crusade (1204-1261), represent the final and only surviving stage of an evolution, the beginnings of which go back at lest to the sixth century and possibly even to the chant of the Synagogue.

The second, less permanent, concept was that of Koinonia, or "communion." This was less permanent because, after the fourth century, when it was analyzed and integrated into a theological system, the bond and "oneness" that united the clergy and the faithful in liturgical worship was less potent. With regard to musical performance, this concept of Koinonia may be applied to the primitive use of the word Choros. It referred, not to a separate group within the congregation entrusted with musical responsibilities, but to the congregation as a whole. St. Ignatius wrote to the church in Ephesus in the following way:

You must every man of you join in a choir so that bring harmonious and in concord and taking the keynote of God in unison, you may sing with one voice through Jesus Christ to the Father, so that He may hear you and through your good deeds recognize that you are parts of his son.

The development of large scale hymnographic forms begins in the fifth century with the rise of the Kontakion, a long and elaborate metrical sermon, reputedly of Syriac origin, which finds it's acme in the work of St. Romanos the Melodos (6th century). This dramatic homily, which usually paraphrases a biblical narrative, comprises some 20 to 30 stanzas and was sung during the Morning Office (Orthros) in a simple and direct syllabic style (one note per syllable). In the second half of the 7th century, the Kontakion was supplanted by a new type of hymn, the kanon, initiated by St. Andrew of Crete and developed by St. John of Damascus and St. Kosmoas of Jerusalem (both 8th century). Essentially, the Kanon is a hymnodic complex comprised of nine does which were originally attached to the nine Biblical canticles and to which they were related by means of corresponding poetic allusion or textual quotation.

The Nine Canticles are:

Each ode consists of an initial troparion, the heirmos, followed by three, four, or more troparia which are the exact metrical reproductions of the heirmos, thereby allowing the same music to fit all troparia equally well.

The nine Heirmoi, however, are metrically dissimilar; consequently, an entire kanon comprises nine independent melodies. Heirmoi in syllabic style are gathered in the Heirmologian, a bulky volume which contains over a thousand model troparia arranged into an oktoechos (eight-mode musical system).

Chrysanthos of Madytos (1770-46), Gregory the Protopsaltes, and Chourmouzios the Archivist were responsible for a much needed reform of the notation of Greek ecclesiastical music. Essentially, this work consisted of a simplification of the Byzantine musical symbols which, by the early 19th century, had become so complex and technical that only highly skilled chanters were able to interpret them correctly. Despite its numerous shortcomings the work of the three reformers is a landmark in the history of Greek church music, since it introduced the system of neo-Byzantine music upon which are based the present-day chance of the Greek Orthodox Church. 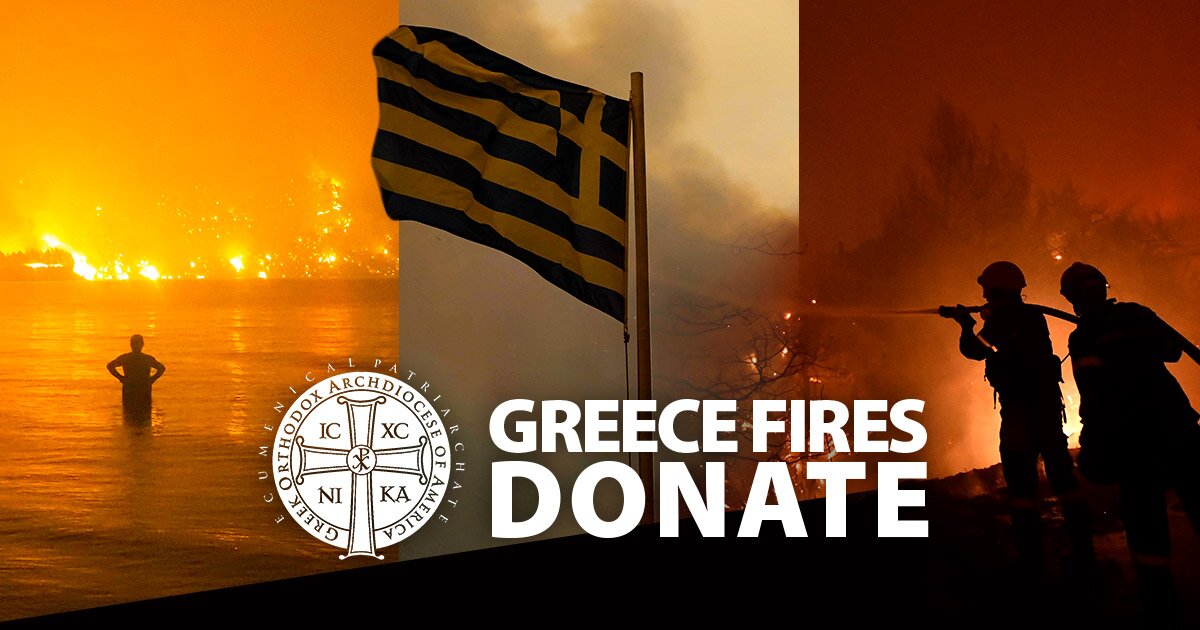